The innocence of our animal instincts 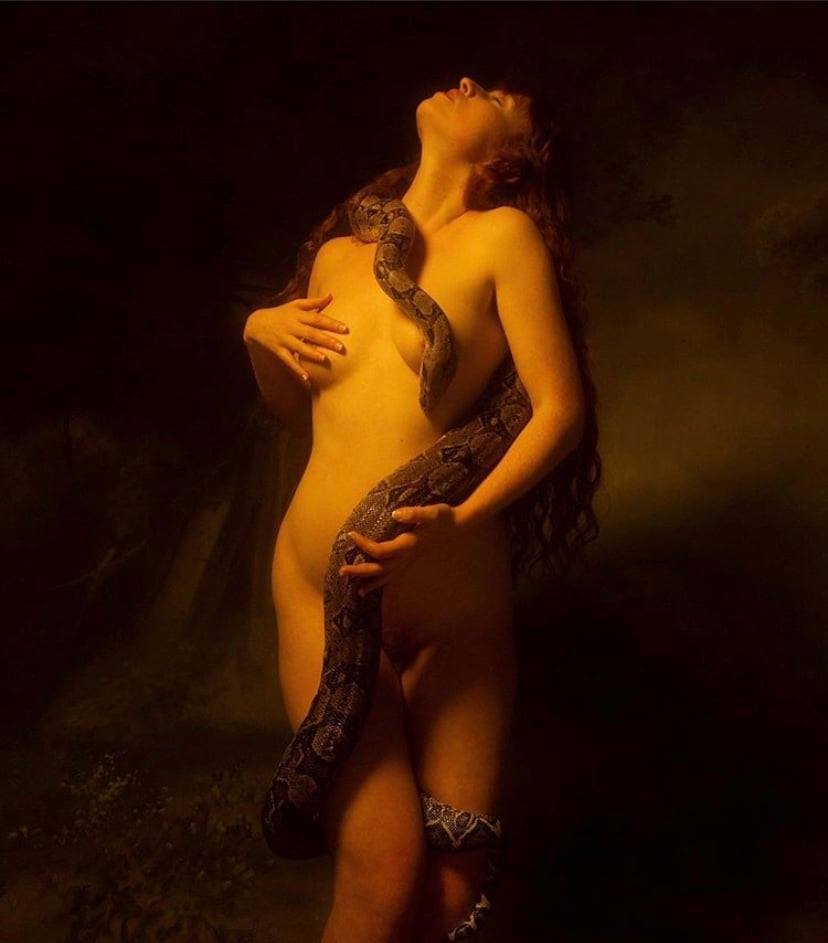 I nearly stepped on a snake the other day. A split second before my foot struck her body, instinct kicked in.

I was walking with a sister and we were in deep conversation, when next moment I had a tight grip on her arm and was abruptly pulling us both backwards.

When my mind caught up I was in awe of the wisdom of the animal body (my own!).

It was almost like the snake herself alerted me to her presence - since clearly I wasn’t paying attention to the path!

She was completely keeping her cool, though had raised her head in protection. I was in her territory after all.

I gave her some space although was drawn to stay close. Her shimmering new skin dazzled me in the dusk light.

I adore snakes, and had been eagerly awaiting my first snake encounter since the beginning of spring, and her timing could not have been more apt.

Many relate snake to transformation, since she is constantly shedding her skins that she outgrows. I resonate with this deeply. (story of my life )

This week I made a big decision and simultaneously experienced a huge liberation of life force and creative energy that had been locked up in this situation.

Snake for me IS life force.

She is the goddess kundalini.

She is the primal power or shakti - the very intelligence that stopped me from landing my foot upon her slithering body before my mind could even compute the situation.

An obsession in our world with “higher intelligence” tends to look down upon animal intelligence, deeming it barbaric.

Yet there is so much wisdom in our wildness, and an inherent innocence that feels so wondrous to me.
I couldn’t resist sharing this image - it evokes the very energy I felt upon crossing this snake’s path.

What does it evoke in you?

Wild woman’s wisdom & why I’m a yogini at heart

The grace of grief

How I celebrate Friday the 13th

Yoga for the full-spectrum woman

Creating from the womb